We recommend PrEP for you if you are HIV negative and:

For your convenience, we collected here all the questions we frequently hear from our patients, hoping it will help you decide if you would benefit from PrEP.

Is PrEP for me?

Whether or not you should consider PrEP depends on your lifestyle and sex practices. These are some situations where PrEP may be appropriate:

If you are at high risk of getting HIV, PrEP can decrease your risk. Fifty thousand new HIV infections happen each year in the U.S., of which almost 70 % are among men who have sex with men, bisexual and transgender individuals. PrEP can be part of your personal HIV prevention strategy, and has been endorsed by both the CDC and World Health Organization as part of a complete prevention strategy.

What are the benefits to me?

Studies show that PrEP can reduce the chance of HIV transmission by 90 percent or more if taken every day as prescribed by a doctor. PrEP may help you feel less anxious about getting HIV, especially during sex.

How well does PrEP work?

In large clinical trials PrEP reduced the risk of contracting HIV by 90 percent. In some statistical analyses, the reduction of the risk was calculated to be even higher.

What side effects will I have?

Most people who take PrEP don’t feel any different than usual, but the two HIV medications in Truvada can cause side effects. The most common side effects reported by individuals using PrEP were stomach pain, headache, and decreased weight. Another possible side effect is reduced kidney function. More detailed information on possible severe side effects here.

How much will it cost me?

Many insurances cover PrEP, but you may have a co-payment. The manufacturer (Gilead Sciences) has co-pay assistance programs that you may qualify for to cover out-of-pocket costs.

Can I stop using condoms?

HIV public health experts continue to recommend condoms because Truvada alone is not 100% effective and does not prevent gonorrhea, syphilis, chlamydia or any other sexually transmitted infection. However, situations vary. For example let’s consider an HIV negative man in a monogamous (committed) relationship with an HIV positive man whose viral load is consistently undetectable. Such a couple might decide to have sex without condoms if the HIV negative partner is taking PrEP. The risk would be expected to be very low, however no one can say it is zero and there still is some risk.

Will PrEP work if I take it after having sex?

Truvada is not a morning after pill. If someone who is not on PrEP has a high risk contact they may be a candidate for PEP which involves taking three HIV medications for 28 days.

If I take drugs or drink alcohol can I still take PrEP?

Drugs and alcohol do not reduce the effectiveness of PrEP. However, people on drugs or alcohol have increased risk for HIV exposure because they are more likely not to use condoms and have sex with high risk partners, as well as engage in other high risk behaviors. If you inject drugs there are risks associated with blood exchange, especially if you share needles. We can provide patients with resources to assist with substance addiction and access to clean needles if needed.

The word PrEP is short for Pre-Exposure Prophylaxis. It is taking a medication daily to prevent future infection with HIV. Condoms are also called prophylactics because when used properly, they also help prevent infection.

Since Truvada is the only medicine that has been shown to be effective at preventing HIV infection, on this site and elsewhere "taking PrEP" means "taking Truvada" every day so as to prevent HIV infection.

Truvada is the only prophylactic drug shown to reduce the risk of HIV infection. Daily Truvada is FDA approved for people having high risk sex in order to reduce the risk of getting HIV. FDA approval came from several large clinical trials in people around the world: these people may be like you: men who have sex with men, transgender women and heterosexual individuals who were at high risk of HIV infection. There are other forms of high risk sexual behaviors. In these trials, participants used Truvada with other forms of safer sex: e.g. condoms.

On PrEP you take one tablet of Truvada daily. If you decide to start PrEP after talking to a doctor, we encourage you to establish a routine to avoid forgetting to take it. You will take the tablet around the same time each day. You can take it with food or on an empty stomach.  After starting PrEP, your doctor will monitor you for any side effects and collect blood and urine tests.

How soon does PrEP become effective after you start it?

That isn’t known with certainty and is the subject of ongoing research. At this time, most doctors recommend taking PrEP for at least one week before adding it to a total package of HIV prevention, including using condoms.

I think I’m ready to start PrEP, what’s the next step?

What to expect on your PrEP visit?

Here’s what will happen on your first visit:

The receptionist will ask you to fill out registration forms.

The nurse will take your blood pressure and escort you to a private exam room where will meet with the doctor or physician’s assistant (PA). The doctor or PA will ask about your sex partners and practices. He will explain the benefits and risks of Truvada.

If you decide to move forward he will order blood and urine tests. These include an HIV test, tests for other sexually transmitted infections (STI’s), and tests of your kidney function.

The receptionist will schedule a return visit with the doctor or PA usually within 3 days for discussion of the test results.

If all tests are normal you will be asked to sign a one page “agreement” (see link). You will be advised to continue to use safer sex practices including condoms.

The doctor will write a one month prescription for Truvada with 2 refills. If you already have a preferred pharmacy he can send the prescription electronically Truvada is covered on most insurances.

You will be asked to return every 3 months for repeat HIV testing and a test of kidney function. At that time your prescription will be refilled for another 3 months. It’s that simple.

How often do I have to take PrEP?

PrEP should be taken daily, as proven to work in the clinical trials. In a recent study, 100% of men who have sex with men and transgender women with male sex partners stayed HIV negative after taking PrEP for 4 or more days per week. While this is an encouraging result, it is too soon for doctors to recommend taking PrEP less often than daily. Intermittent, PrEP “on demand” taken right before having sex is being studied, but these studies are small and inconclusive. Patients are not encouraged to experiment with PrEP in ways that have not been proven to be effective.

How long do I have to take PrEP for?

You should take PrEP for as long as you feel you are at high risk of getting HIV. If you change sexual and lifestyle behaviors and think you are no longer at high risk, you can consult with your doctor about stopping PrEP. Although PrEP should not be used on and off during periods of high risk, you can discontinue use during long-term low risk periods and restart PrEP later if needed after confirming that you are still HIV negative.

What happens if I miss a dose?

In one study PrEP worked as long as study subjects took at least four doses a week. Based on that data, it is reasonable to conclude that missing one dose is not critical; however, it is too soon to recommend this abbreviated regimen. Missing multiple doses or taking Truvada haphazardly may present a problem with your level of protection. If you decide on PrEP we recommend a routine of taking it daily.

What’s the difference between PrEP and PEP?

PEP stands for post-exposure prophylaxis. People who have been exposed to HIV in the previous 48-72 hours are sometimes prescribed HIV medication that is taken for 28 days after the exposure. The goal of PEP is to keep HIV from making copies of itself and spreading through the body. PEP is most effective when taken within 24 hours of exposure, which is a very limited window of time.

Does PrEP protect me from anything other than HIV?

No. Truvada only protects against HIV, not any other sexually transmitted infections.

Are women candidates for PrEP?

Why do I need to get tested so often?

PrEP is not sufficient to treat HIV. If you contract HIV and are taking PrEP, you will need to be switched to a multiple drug regimen effective in treating HIV. If you become HIV positive and continue on PrEP, you could develop resistance to the drugs in PrEP which will limit some of your HIV treatment options.

How often do I need to get tested for HIV while on PrEP?

It’s recommended to get tested every three months.

Why is it important to know my hepatitis B status before starting PrEP?

Most patients who get hepatitis B resolve it without medication and would have no problem taking PrEP.

Other patients have chronic hepatitis B that remains active. Truvada suppresses hepatitis B in most cases when taken daily, but if it is stopped or taken inconsistently, the hepatitis B can cause a flare-up in the liver. If you have hepatitis B you may still be a candidate for PrEP but may need to be monitored more closely by your doctor. It is important not to stop or change dosing without being supervised by a health care provider. Hepatitis B can be determined by a blood test.

Why is PrEP controversial?

Multiple reports have been published about PrEP; some are for PrEP and some caution against using PrEP.  Almost everyone agrees that PrEP has a sound scientific basis and works very well when taken daily as part of a complete HIV prevention strategy. Some critics raise concerns that patients prescribed PrEP will use it irresponsibly. For example, they may take it less often than instructed or increase high risk behaviors, such as casual anal sex without a condom. In the studies, self-reported risk-taking behavior actually declined in patients taking PrEP. However, adherence to the daily schedule also declined over the 72 week study periods. In general, people who were at higher risk of getting HIV were more likely to take PrEP daily.

Other critics were more concerned about the effects and risk of complications from PrEP, such as a healthy person taking a medication that prevents rather than treats a condition. It is fair to acknowledge that there is potential for abuse, including individuals taking PrEP incorrectly, inappropriate experimentation with dosing schedules and distribution of the PrEP outside of a medical setting.

Answers to additional important FAQ’s can be found at: https://start.truvada.com/individual/truvadaprep-questions

PrEP is endorsed by: 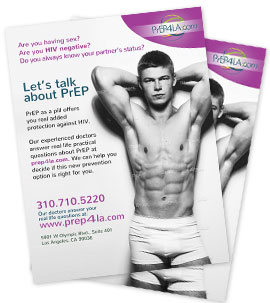 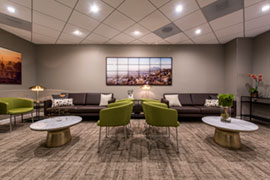 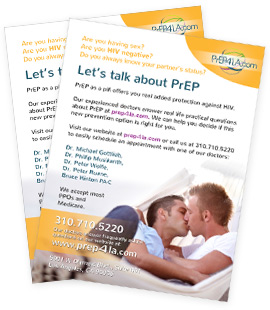 WhatIsPrep.org: How PrEP works inside the body to prevent HIV infection.

What is PrEP? from Pre-Exposure Prophylaxis on Vimeo